We’re back with another exciting token pick – LEND – the native token of the lending platform Aave.

Before we dive in we wanted to make a quick announcement that starting next week, Token Tuesdays will shift to subscriber-only pieces every other week.

We largely intend to make these articles as accessible as possible and will be experimenting with what we believe to be a fair price point of $5/mo or $50/yr.

For our regular readers, you know we’ve been doing this series for every week for almost a year now and would like to say we’ve given a solid amount of content away for free.

Please note that if you do not want to subscribe or do not have the means, you’ll still be able to enjoy a free piece every other week.

With that, let’s dive into why LEND is this week’s Token Pick of the week!


It should come as no surprise that DeFi has quickly taken stage in the wider Ethereum landscape.

In this week’s article, we’ll be taking a look at one of the OG DeFi platforms – Aave. Prior to it’s facelift to Aave, the project had gone by the name ETHLend – making it one the very first DeFi lending platforms launched back in 2017. 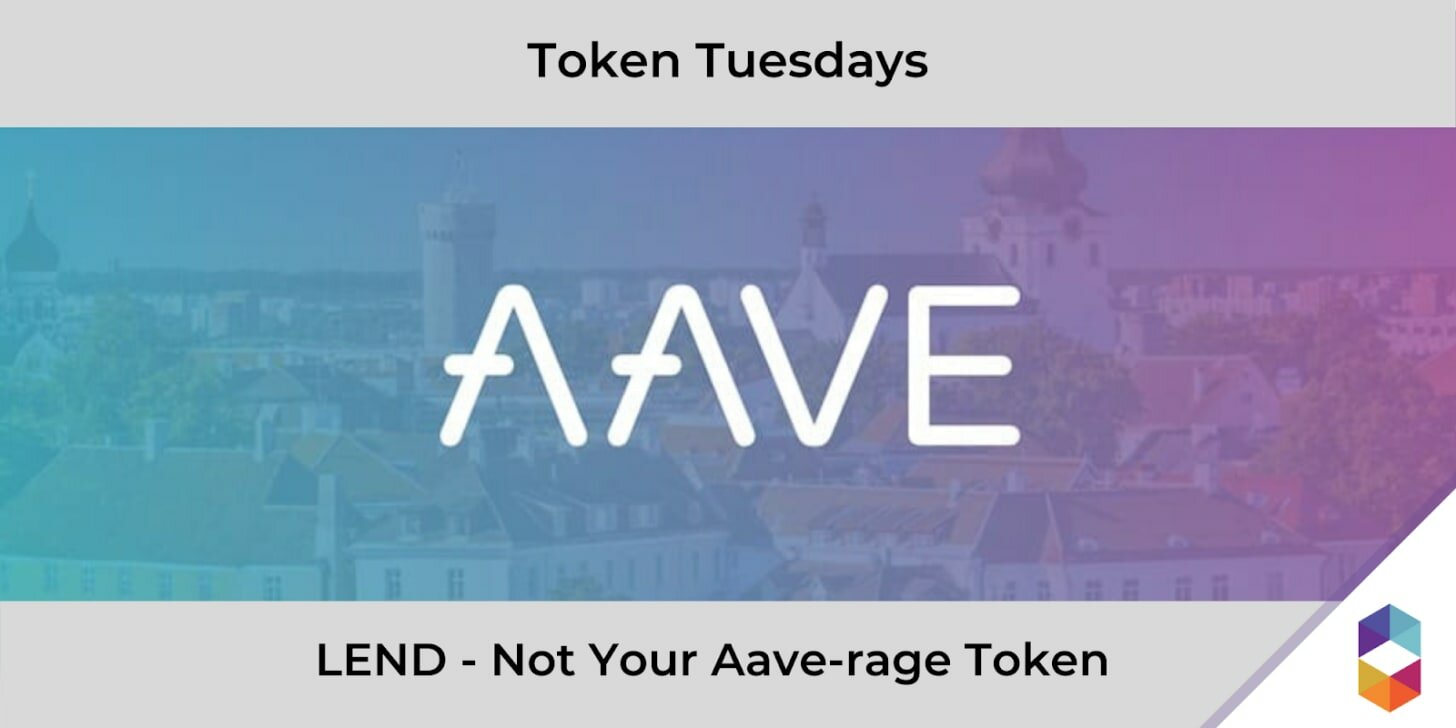 Since then, Aave has seen a tremendous amount of growth both in terms in users and volume. The sleek rebrand offered a much cleaner user experience along with a suite of new features – like Flash Loans – which we’ll touch on below.

Underpinning this whole system is a native token – LEND – which is largely used for governance over the platform. Paired with a top-tier meme game, let’s explore why we’re choosing LEND for this week’s Token Pick.

As one of the many players in the vibrant landing ecosystem, it can be tough to stand out.

To this, it’s important to highlight that Aave not only offers lending and borrowing on top stablecoins, but on a wide range of DeFi-specific assets which have seen significant growth in the past year.

Aave supports nearly 20 assets including Kyber’s KNC, Synthetix SNX, Maker’s MKR and ChainLink’s LINK just to name a few. Additionally, Aave supports rising stablecoins like Synthetix sUSD and Binance’s bUSD – giving it a competitive advantage over other lending platforms like Compound which only support a small basket of assets at the time of writing.

When it comes to borrowing, users should note that Aave supports both variable and stable rates – giving borrowers peace of mind that they can borrow at a fixed rate for a predefined period of time.

Perhaps the most novel aspect of Aave is its ability to leverage Flash Loans – or the ability to borrow any amount of capital so long as it’s paid back in the same block.

This has led to the advent of tools like DeFi Saver which allow users to quickly collateralize or settle their debt in the event of flash crashes like we saw on Black Thursday a few weeks back. Paired with the ability to leverage Flash Loans for arbitrage opportunities, it’s no surprise that Aave has been seeing significant growth in recent months.

As for the LEND token itself, the primary utility is governance. Just as we’ve seen with the upcoming launch of KyberDAO, we expect Aave to capitalize on this trend by offering LEND tokenholders more reward opportunities for governing the underlying parameters of one of DeFi’s fastest growing lending protocols.

For those not sold on governance as a means of value accrual, let’s instead reflect on LEND token burns. As it stands today, fees earned from borrowing are allocated as follows:

The current borrowing fees are slotted at 0.025% at the moment of origination with Flash loans incurring 0.09% fees. Here’s a look at how this has stacked up across various revenue streams on the platform to date. 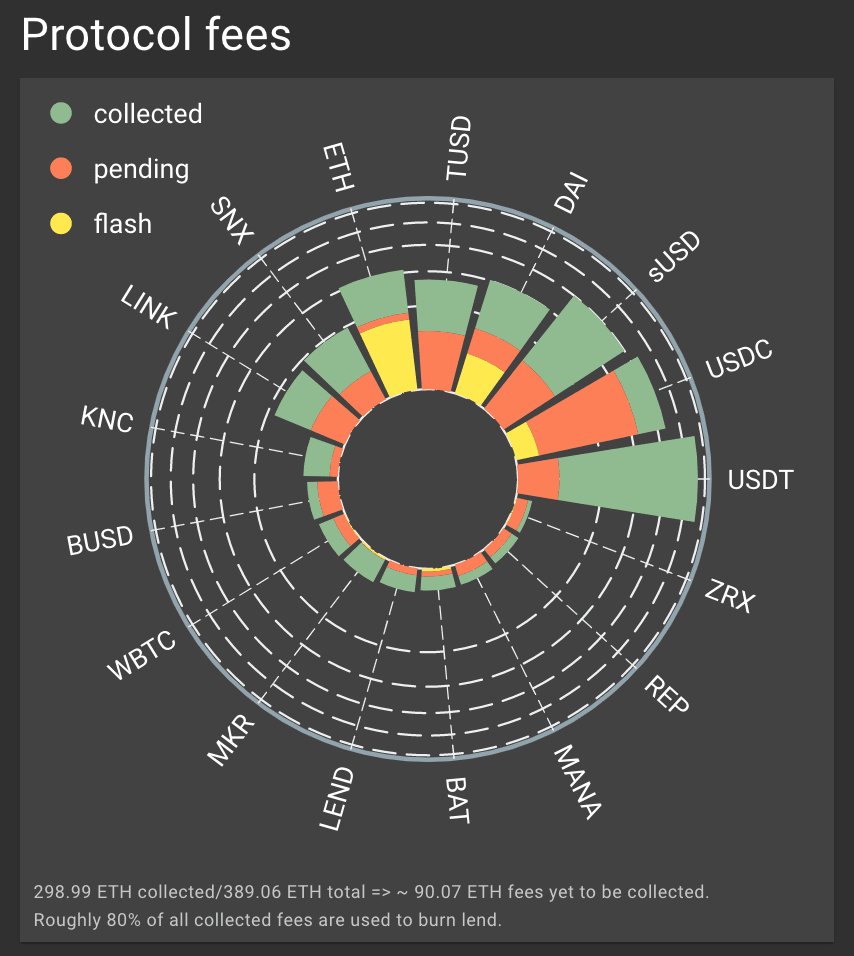 Take note of the bottom number showing ~400ETH of fees. That’s 320ETH worth of tokens being burned and we’re only just getting started. Better yet, rather than being burned through internal reserves like Binance, fees are used to purchase LEND directly on the open market using DEXs like Kyber and Uniswap.

Rounding out our argument for why LEND is really quite simple. A strong protocol begging to be governed (stimulating LEND demand) paired with an increasing amount of token burns.

Still not convinced? How about a look at the fundamentals themself.

Since the rebranding, we’ve seen Aave surge on the DeFi leaderboard. At the beginning of the year in January, Aave’s total value locked was a mere $328,000 according to DeFi Pulse. Fast forward to April and the lending protocol has captured a significant amount of value, reaching nearly $50M just last week.

A 150x increase in total value locked in less than 4 months is impressive to say the least. Value locked in ETH terms has also ballooned in recent months as Aave has locked over ~26,000 ETH into the protocol, up from ~1,200 ETH in January. Equally as important, we’re also seeing increased usage on the protocol level as deposits and borrows have surged. 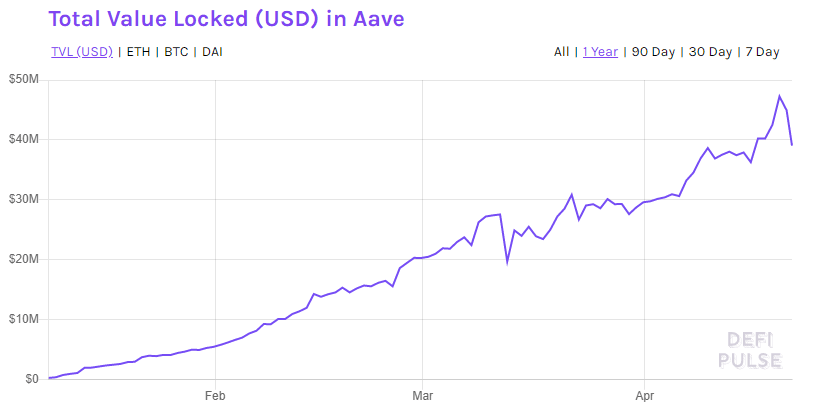 In total, Aave has roughly 265,000 ETH (or ~$45M) in value locked across all asset types. The biggest derives from LINK as nearly $20M in value is locked from the decentralized oracle provider while the second-highest actually comes from the protocol’s native token, LEND.

As of writing, nearly $7M worth of Aave’s LEND is locked in the lending protocol despite offering 0.00% APY on LEND tokens. Similar to Compound and how ETH makes up for a significant amount of total deposits despite the low-interest rates, we can imagine LEND tokenholders are depositing their assets into Aave to use as collateral in order to access leverage. Other major depositors include two popular stablecoins, USDC and USDT, comprising $5.83M and $4.27M in value locked, respectively. 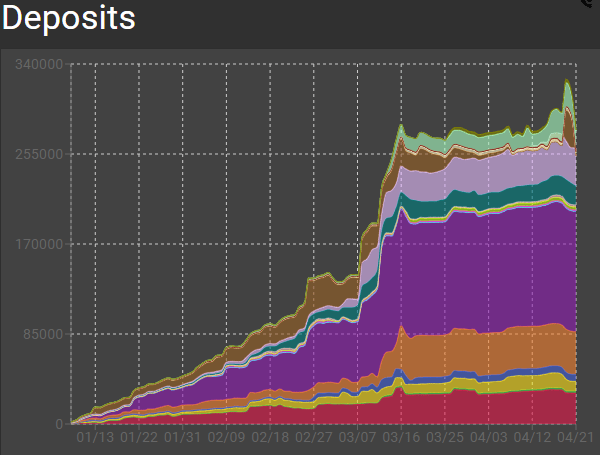 In addition to the sizable increases in deposits, borrowing activity for the lending protocol has seen similar growth in recent months. Aave users are primarily borrowing stablecoins as USDT and USDC make up for the three most actively borrowed assets on the platform. 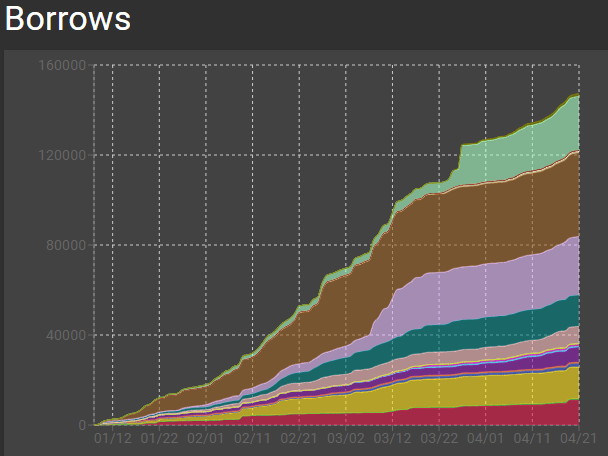 The increase in annualized earnings has driven PE Ratios to an attractive 43.25, according to Token Terminal. PE Ratios are a fundamental metric when valuing capital assets – an asset class commonly fitting to many DeFi tokens. In the lens of 30-day average annualized earnings, LEND’s PE ratio is slightly higher at 45.94.

For reference, traditional PE ratios tend to lie somewhere between 20 – 40 for many companies. The fact that Aave (along with Kyber) – which are emerging protocols for an open financial system – are valued in line with traditional equities is a great sign that crypto investors may be undervaluing the token. 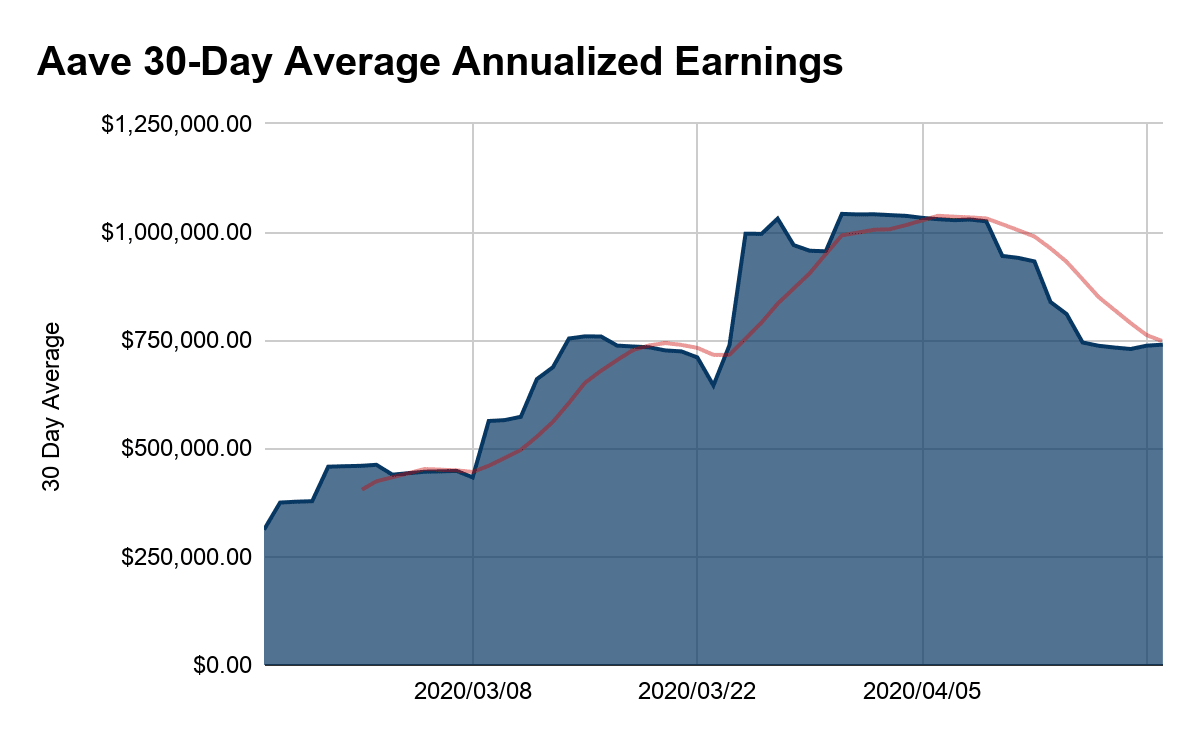 All and all, it’s evident that Aave is making a strong push for lending dominance in 2020.

During an exclusive interview with the project’s CEO – Stani Kulechov – we discussed the future of Aave which shined light on an upcoming tokenomic upgrade + governance overhaul.

We expect those upgrades to be announced in the near future and expect the price of LEND to follow.

For more news on all things Aave, keep up with them on Twitter.

Eager to get more Token Picks delivered right to your inbox? Subscribe to Token Tuesdays to be the first to hear each and every Tuesday.

Please note that next week’s piece will be our first paid piece, so be sure to get your subscription now!

Disclosure: Fitzner Blockchain is long LEND. This is not investment advice and as always, we encourage readers to conduct additional research and invest at their own risk.

We’re a small team of blockchain consultants based in the New York area. If you enjoyed this content, please subscribe!

Ready to get started?

Get in touch, or send us an email